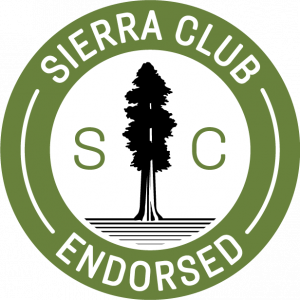 “We are very pleased to announce today that the Sierra Club officially endorses Margaret Good for election,” said David Harbeitner, Political Chair of Sierra Club Florida. “We are confident that she will work to protect Florida’s environment, for our families and for our future.”

Representative Good deserves the support of Sierra Club members and supporters as well as other voters in District 16. Since her election to the Florida House of Representatives, she has been a leading advocate for our environment. As a native Floridian, Good understands both the beauty and fragility of natural Florida. Growing up near one of Florida’s lakes and living along the Gulf Coast, she has personally seen the damage resulting to our waters from mistreating our environment. While in the Florida House she has been an outspoken supporter of protecting our environment, working across the aisle to submit numerous bills to improve Florida’s water. We are confident she will bring this same energy and passion to Congress when elected. Good understands the importance of the environment to Floridian’s economic success and our lifestyles.

“We pledge to do all we can to help ensure Representative Good is elected,” concluded David Harbeitner. “Sierra Club volunteers will contact voters on her behalf and we will speak to the public as often as possible about her exemplary environmental record. We look forward to a victory party for the environment on election night and to many more years of Margaret Good fighting for the environment as a United States Congresswoman.”

A chapter of the national Sierra Club, Sierra Club Florida is made up of volunteer leaders and civic activists representing over 230,000 members and supporters from across the state. To learn more about the Florida Chapter, go to www.florida.sierraclub.org