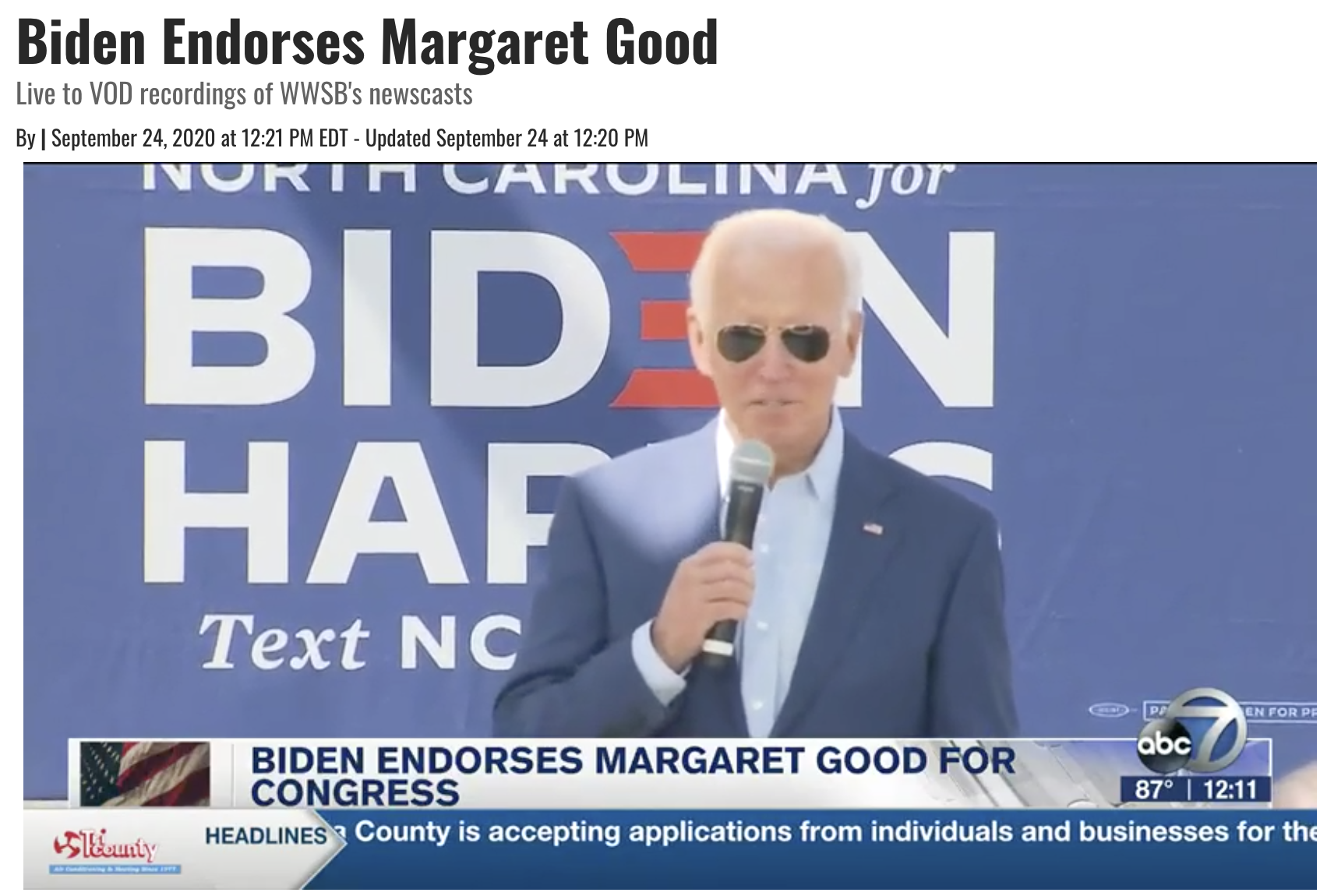 Sarasota, FL – Vice President Joe Biden has announced his endorsement for Representative Margaret Good for Congressional District 16. The district is a critical seat for democrats to flip in November and Good was identified early by the Democratic Congressional Campaign Committee as a strong candidate to flip CD16 from red to blue.

“Margaret’s commitment to putting aside partisan politics to deliver results for working families is exactly what we need more of in Washington. I’m proud to endorse her candidacy for Congress,” said Vice President Biden.

“Vice President Biden supported me in my special election for State House in 2018, and I’m so grateful to have his support again. When I was driving down to Tallahassee for my swearing-in, I missed a call from him congratulating me on my win. I called him back later that day and was surprised that he not only answered but took the time to talk with me and give me advice on my new job. That kind of thing just shows you who Joe is – he really cares about people. And that’s exactly what we need in a President of the United States, now more than ever. I look forward to working with him next year to bring positive change to this district, Florida, and our country,” said Rep. Good.